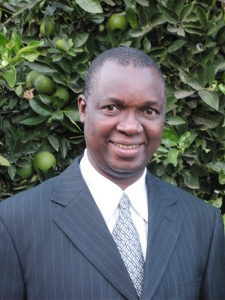 The United States of America is the only powerful nation of the world that is yet to be conquered. The plausible reason the enemy has not succeeded is because of the faith based and godly foundations of the founders.  And the principles on which these foundations were built are under severe stress. The word of God is now treated and regarded as a social issue. The nation is overwhelmed by the spirit of libertarianism and liberalism. The truth of creation is being replaced with falsehood. Unrighteousness is celebrated in both high and low places. And the church is in the ‘business as usual’ mode, busy rationalizing the issues of the day.

Few today would deny that America’s unique, historical moral and cultural values are rapidly eroding in an unrelenting onslaught of increasingly vulgar examples of “free” expression. Every area of culture, media, politics and social discourse has become infected with a virtual meltdown of its former wholesomeness. In short, the nation is constantly bombarded with godlessness.

The agenda of the enemy, Satan, is to get the world to be under his complete control. The current drive to attack the Cross, Christian prayers, traditional marriage, and all associated truths, including attempts to Islamize the world is in furtherance of the program of Satan.

United States of America and her continued survival and relevance in the world affairs is perhaps more important to Christians in other lands of the world than it is to American Christians. If America turns her back to God, the impact on Christian mission and salvation of millions would be huge. The church has the urgent need to rise and rebuild.

Saving America lifts a battle cry, calling the Church in America to arise and initiate new strategies to combat Satan’s forces, retake the cultural landscape, and renew          American values before it is too late. Saving America is a war that cannot be ignored. Like in the days of Jeremiah, the prophet was sent by God to His people:

“Say to them: This is what the LORD says: “When men fall down, do they not get up? When a man turns away, does he not return? Why then have these people turned away? Why does Jerusalem always turn away? They cling to deceit; they refuse to return. I have listened attentively, but they do not say what is right. No one repents of his wickedness, saying: ‘What have I done?’ Each pursues his own course like a horse charging into battle. Even the stork in the sky knows her appointed seasons, and the dove, the swift and the thrush observe the time of their migration. But my people do not know the requirements of the LORD.” ……. Is there no balm in Gilead? Is there no physician there? Why then is there no healing for the wound of my people? (Jeremiah, chapter 8.)

This book is a must read for peace and progress loving Americans. The book is available on Amazon.com, Barnes and Noble.com, WinePressBooks.com. Also through Christian book stores/department, Ingram, and Spring Arbor